Value4Value is more than meets the eye. It’s a monetization model, a content format, and a way of life. It is about freedom and openness, connection and free speech, sound money and censorship resistance.

There are multiple pieces that make it all work, not the least of which is bitcoin and its lightning network that allows the frictionless automation of micropayments. One of the most important things to understand is that information is not scarce and thus has to be monetized and thought about differently. It is a crucial mental switch that is quite difficult to make at first: the switch from a mindset of scarcity to a mindset of abundance.

Podcasting really flipped the scarcity-based economy of radio broadcasting on its head. 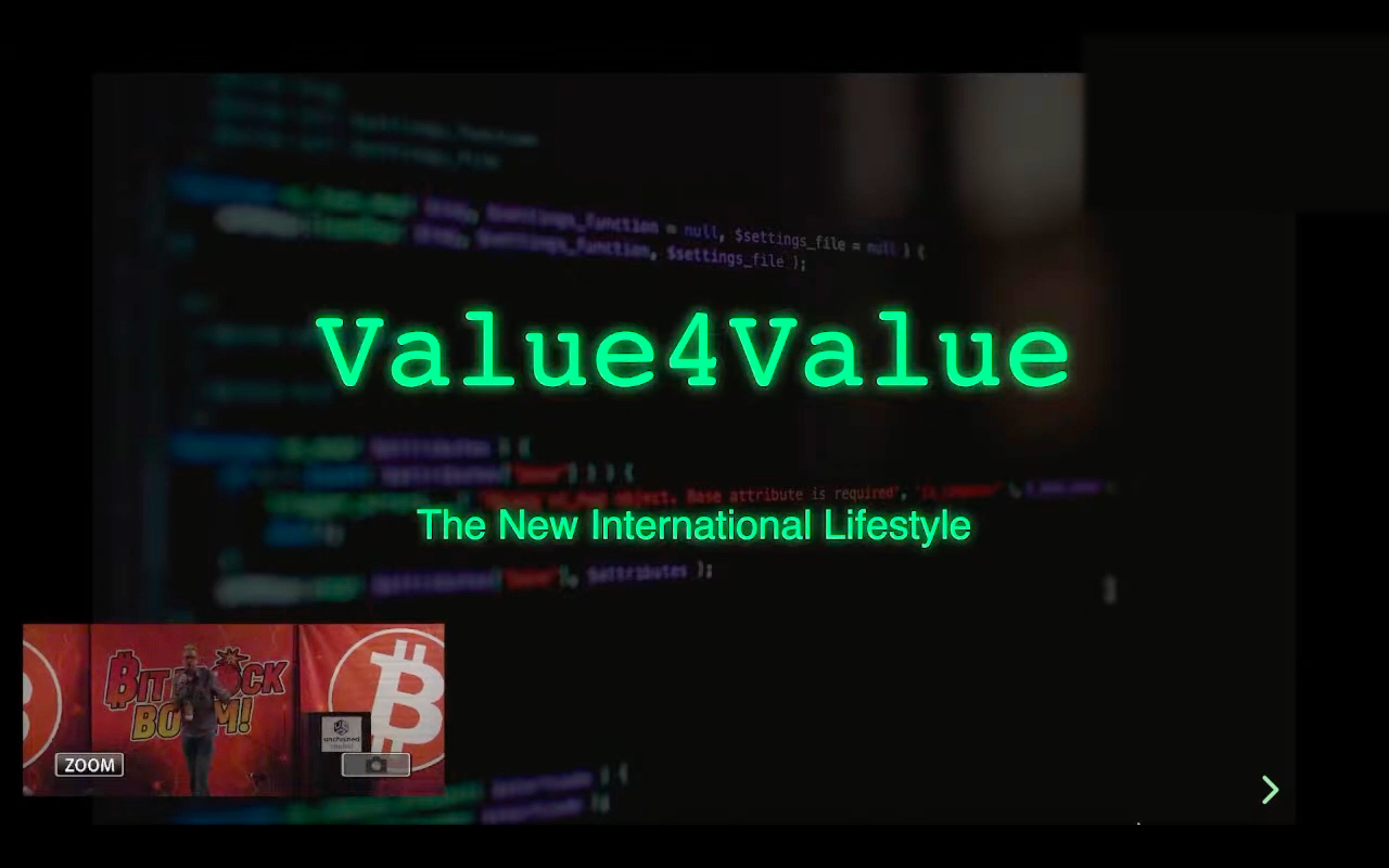 The V4V model provides a solution to the problem of selling information. A solution that allows you to step away from the attention and surveillance economy, towards an economy of value, openness, and abundance.

Want to get started? Follow one of the guides!

Something missing? Found a typo? Open an issue on GitHub.